The future is rear-facing 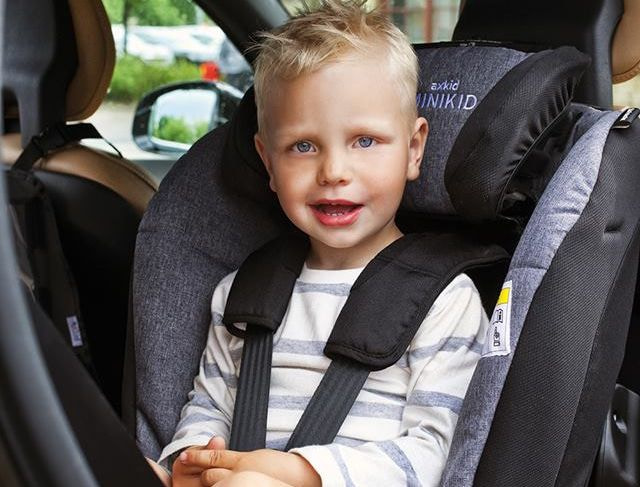 When it comes to children in the car it is not always easy to follow the advice given. In Sweden, there is a consensus that rear-facing is the best option – but parts of Europe do not see it in the same way. Germany and France are just two examples of countries where many parents must learn to do the exact opposite. But there’s more, the main reasons that rear-facing is the way forward: A rear-facing car seat reduces the child’s injuries by up to 90 percent.

Studies indicate that rear-facing is significantly safer than forward-facing options. Small children who sit forward-facing runs five times more likely to die or be seriously injured in a collision or sudden accident, compared with children in rear-facing car seats. When such an event happens everything that is not attached to the car will be forced forward, and it will continue forward until you feel resistance. The results are that the head will first be thrown forward and then backward and pressured with full force.

A small child’s body is different from an adult when it comes to size, weight, and proportion. The head is large and heavy in comparison to the rest of the body, and the neck is fragile. Meanwhile, the neck muscles are still undeveloped, and both chest and ribs are softer than adults. All this means that the damage tolerance is much less for children and their organs are less well protected.

For adult’s, airbags, belt tensioners and other protective measures at both collision and heavy braking help, but for forward-facing children, the consequences are often disastrous. An event that results in an adult get whiplash injuries, in children’s cases lead the neck to broken. A rear-facing car seat reduces the child’s injuries by up to 90%.

In Sweden, parents are good at using rear-facing car seats. We know the risks, keeps us updated and often follows the recommendations to the letter. But it did not look the same all over Europe. In many places, it is still communicated that most important is that the child is strapped – regardless if it is facing forward or rearward. This occurs even though there is plenty of evidence showing that security increases significantly when children are traveling rear-facing.

Axkid is always working for more European countries to follow the example of Sweden, and in recent years it has begun to be a change among parents when it comes to cars, security, and child safety in cars.

Are you planning for a road trip this summer? Or just many car rides to the beach? Either way, small children and babies are extra sensitive to heatstroke, thus it’s…
Read more

May 5 is Child Safety Day. In connection with this, the Gothenburg-based car seat company Axkid introduces “Back to the Future” – an initiative that is all about making…
Read more
AXKID SHOP - Free deliveries over 100€* • Free online installation support • 365 day returns