Two innovative car seats allowing the highest safety for your child, approved according to the R129 regulation and passed the toughest crash test in the world, the Swedish Plus Test.
Both car seats come with unique features, which one you should choose depends on your personal preferences when it comes to your child, your car and possible budget.

Let us guide you through some of the main differences between the Axkid Minikid 3 and Axkid ONE 2 to help you make a great decision.

The first and most relevant difference between the seats is how each is installed in the car.  Axkid Minikid 3 is a seatbelt attached car seat meaning the car seat is installed using the vehicle three-point adult seat belt. This gives you flexibility to install it in almost all cars and easily fit the car seat in the front.

The Axkid ONE 2 car seat is installed with ISOFIX, which is an internationally standardised car seat fitting system. All vehicles manufactured after 2014 should be featured with ISOFIX anchor points, most of them in the back seats but some cars also in the front.

But is there any safety difference between the two types of installation? The simple answer is no. However, an ISOFIX installation is considered easier to fit, reducing the human factor of doing anything wrong.

Both Axkid Minikid 3 and Axkid ONE 2 are approved up to a length of 125cm. However, the weight limits differ between the seats. ISOFIX points in the vehicle have a maximum combined total weight limit of car seat and child of 33kg. As the Axkid ONE 2 weighs just 10kg, this gives your child the opportunity to stay in the seat up to 23kg.  A seat belt attached car seat does not have the same limits meaning that we can have Axkid Minikid 3 approved up to 125cm and 36kg!

Please note though that the average length for a 7 year old in Sweden is about 125cm and the average weight about 25kg meaning both of the car seats allow real extended rear-facing.

Both of the car seats have an adaptive design to make you child able to grow within and to stay rear-faced for as long as possible. The Axkid Minikid 3 comes with an automatic headrest that automatically adjusts to your child’s length and size. The Axkid ONE 2 comes instead with a headrest including 12 fixed positions that you easily adjust with just one hand to find the ideal position for your child.

The Axkid Minikid 3 comes with a front leg featured multiple reclining positions. This needs to be adjusted before the installation is done. Axkid ONE 2 comes instead with an Advanced Sleep Well system making it possible to adjust the recline of the seat during the ride.

How much legroom the car seats allow your child depends mainly on the car. Axkid Minikid 3 can, depending on the car gives your child about 30cm legroom. The leg room is decided when installing the car seat and can after that not being changed unless you uninstall the car seat. The Axkid ONE 2 though features a sliding seat  technology making it possible to adjust the leg room with just one hand.  The seat can slide the seat back and forth after the installation and even when your child is in the car seat.

We cannot avoid the fact that there is a price difference between the two car seats. Axkid ONE 2 costs £625.00 while the Axkid Minikid 3 costs from £460.00.
With the price difference we must mention the uniqueness of the Axkid ONE 2. It is the only isofix car seat on the market approved up to 125cm and 23kg, allowing your child to rear-face longer than any other isofix car seat on the market.

In summary both car seats are equally safe, allow rear-facing up to the age of 7 years and their own unique features. Not sure which car seat to choose yet? Here you can read more about the Axkid  ONE 2 and the Axkid Minikid 3, separately. 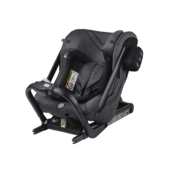 Axkid ONE 2 is the only ISOFIX car seat on the market allowing rear-facing travel up to approx. 7 years of age (61-125 cm/23kg). Easy and secure installation in 30sec. Provides the best legroom on the market, yet the flexibility to become one of the most compact rear-facing car seats on the market. 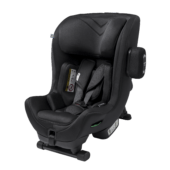 Axkid Minikid 3 is a revolutionary update from the bestseller and award winning Axkid Minikid 2 that allows real extended rear-facing up to 7 years of age. With improved safety, functionality and comfort your child will have the highest safety all the way up to 125cm and 36 kg.

Rear-facing has been proven to be up to 5 times safer, yet only 29% of children by the age of four is travelling in the safest direction in Sweden.
Read more

Is it safe for your child to eat in their car seat?

It’s no secret that the life of a parent is a busy one. School runs, nappy changes, strange sleep schedules, meal prep – you may often find yourself wondering if…
Read more

Are you planning for a road trip this summer? Or just many car rides to the beach? Either way, small children and babies are extra sensitive to heatstroke, thus…
Read more

Research shows that more than half of all car seats are to some extent installed incorrectly – alarming figures, which in the worst case can be the difference…
Read more
Campaign! – £50 off Move Tar | Axkid Car Fit Guarantee » | Free deliveries over £50*