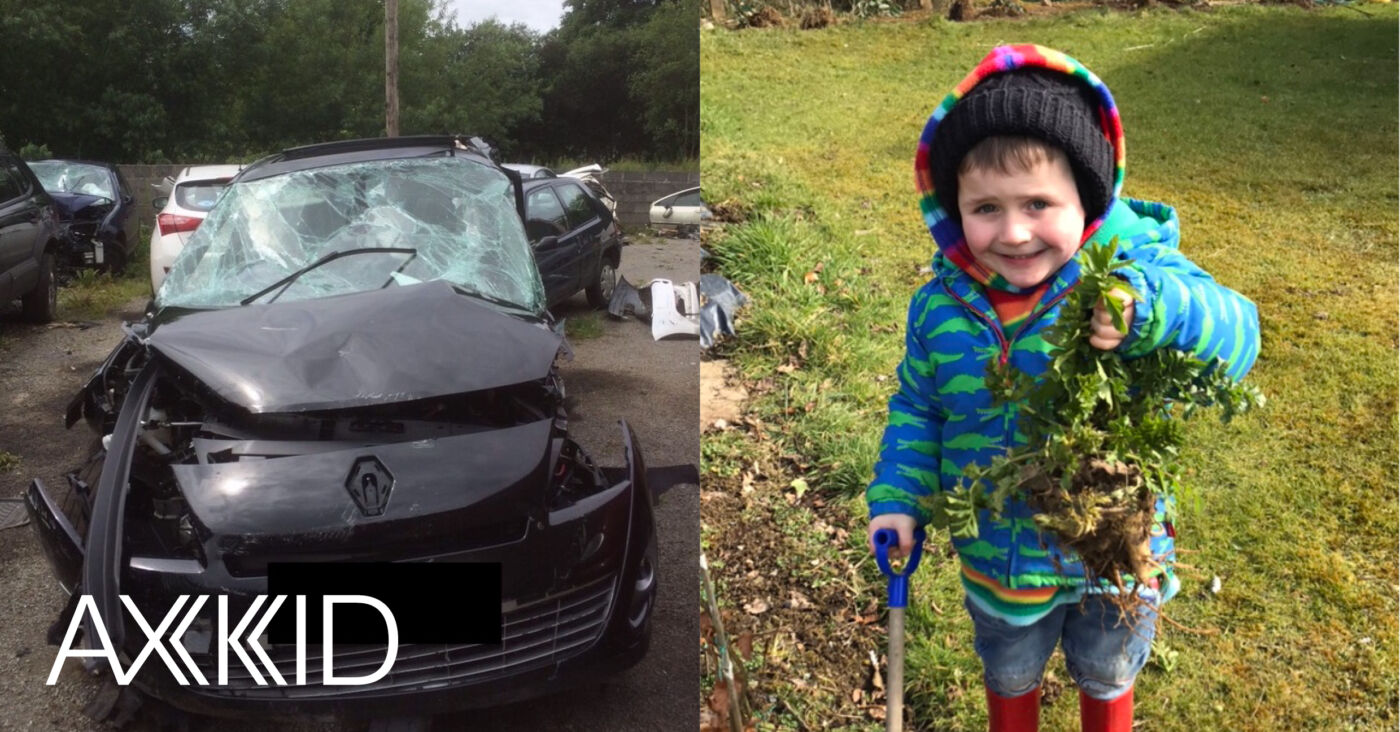 Clodagh White and her two kids were involved in a very serious double side-impact collision last year. Thanks to the ERF car seat Axkid Minikid her two-year-old son survived this horrendous car accident.

Last July and less than half a kilometer from Clodagh White´s house, Clodagh and her two kids were involved in a very serious double side-impact collision. The eldest child of 12 years had to be airlifted from the scene and was on life support following the accident. Clodagh herself broke her pelvis, spent several weeks in a wheelchair and had extensive orthopedic surgery.

The youngest little boy of two years and 10 months sat at the time in an ERF car seat, Axkid Minikid, which saved his life. He was lifted to his shocked daddy who arrived at the scene. 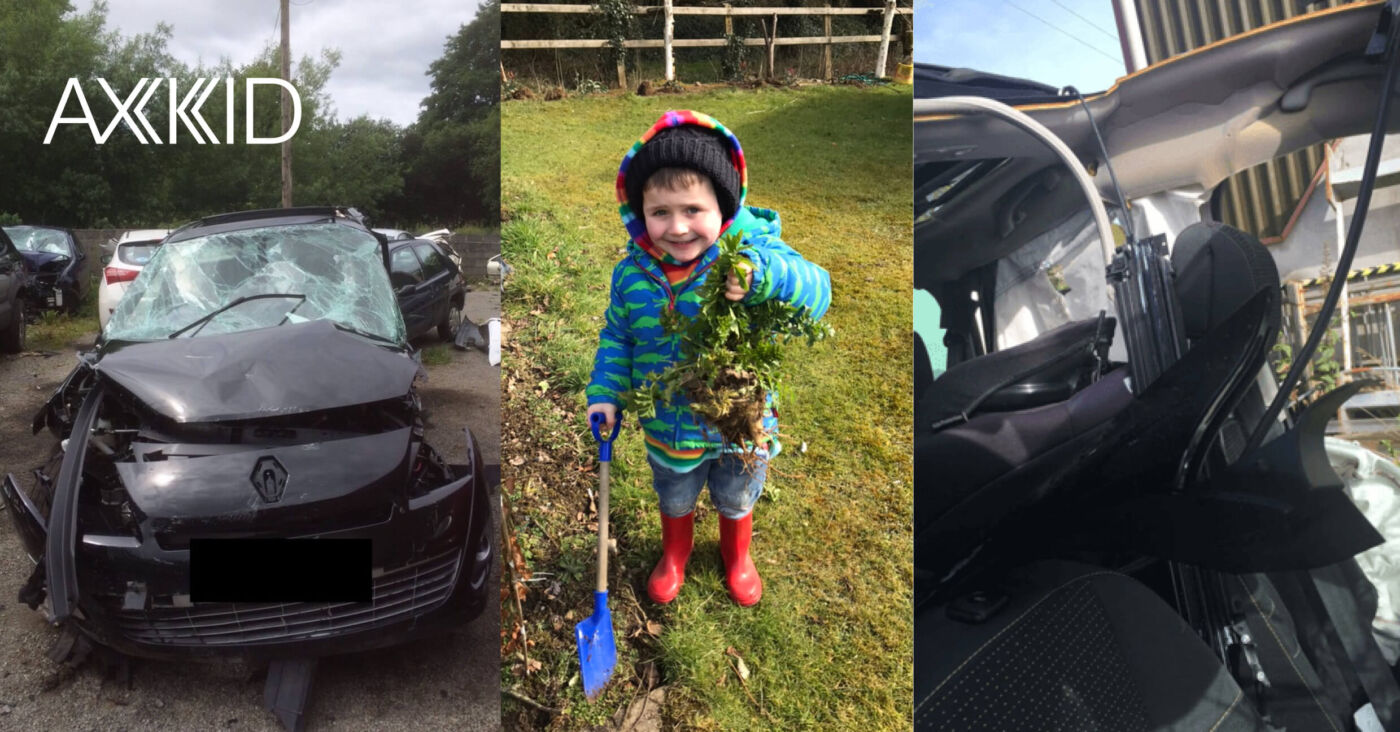 In the picture, you can see the car which was involved in the collision. Clodagh herself wrote:

– “A picture speaks a 1000 words. Anyone on the fence, not fully sure should they rear-face or not, look carefully at this photo. This is my car which was involved in a very serious collision 9 weeks ago. Notice the Axkid Minikid is the only part not broken or flung around. This seat did its job. It saved my little boy’s life. Please don’t ever take chances with your most precious little people by saying ‘sure we’re only going down the road’. We were and didn’t get very far! “.

Due to lack of awareness, Clodagh used to have a forward-facing car seat until she became aware of the benefits of rear-facing. Today she believes that less is more with all the other paraphernalia for new parents and that you should keep that extra cash for a good and safe car seat. She also believes that it is important to know where and who you buy the car seat

“Without a shadow of a doubt, the Axkid Minikid saved my little boy’s life. If he were here with me at the hospital now with a broken neck, spinal damage, etc., €400 would pale into insignificance. Please keep your kids rear-facing!” – Clodagh White

55,600 preschool children march today backward for their right to sit safely in the car

Child Safety Day is held today in Sweden for the 11th year in a row. This event is an initiative of the Swedish National Society for Road Safety (NTF) and…
Read more