The reason why your child should travel rear-facing up to six years old! 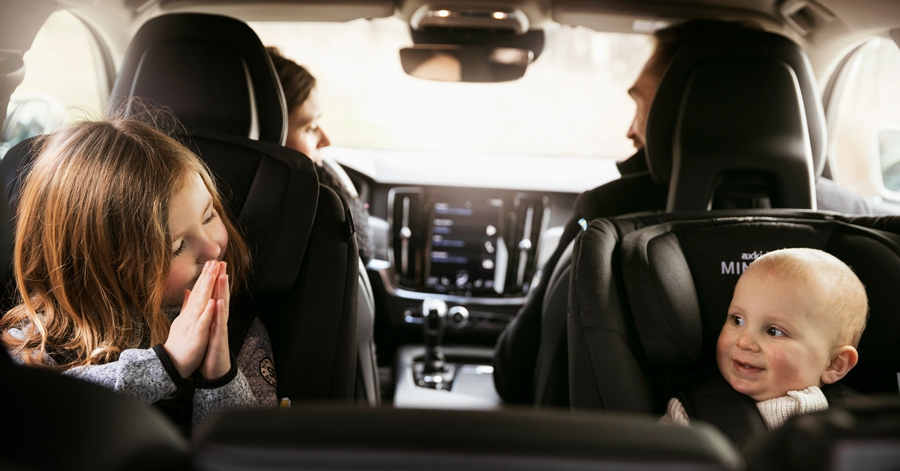 Different studies based on actual accidents show that the risk of death or serious injury in a collision increases about 5 times for children who travel in forward-facing car seats, compared to children travelling in rear-facing car seats.

When you look at the statistics of Swedish accidents and compare the numbers from other countries, we can see that in countries where they use forward-facing car seats from the age of one year, the injury of the children increases with four times more, from the ages zero up to one year.

In Sweden, we start to see an increased frequency of injuries, during the age of 3-4 years old, because that is when Swedish parents start to have their children forward-facing in the car. The increase of injuries isn’t as tough since the children’s neck are more developed and stronger than when they are younger.

Children aren’t a miniature of an adult; the children’s head is very big and heavy compared to their body and the muscles and ligament in their neck aren’t fully developed.

When sitting in a forward-facing car seat, the upper body is hurled in the moment of the crash until the seat belt stops the speed, but the head continues forward at the same speed as the car had before the crash. A heavyweight is then placed on the neck to stop the head’s forward movement.

For children travelling in a rear-facing car seat, at least nine out of ten are saved from serious injuries.

Axkid Minikid has been on the market for almost 10 years. It is a loved product by both children and parents due to the high level of safety…
Read more
AXKID SHOP - Free deliveries over 100€* • Free online installation support • 365 day returns